Cheng Yang, Deputy Director of the Proposal Committee of the Guangdong Provincial CPPCC, and His Entourage Came to Visite Greatoo

From August 9th to 11th, Cheng Yang, deputy director of the Proposal Committee of the Guangdong Provincial CPPCC, led a team to Chaozhou, Jieyang, and Shantou to carry out provincial and municipal joint research on the "Proposal for Accelerating the Construction of Shan Chao Jie Metropolitan Area". On August 10th, accompanied by Yuan Wenjian, vice chairman of Jieyang CPPCC, and other leaders, they visited Greatoo was warmly received by director Wu Hao.

The investigation team inspected the four major workshops of our company's tire molds, hydraulic vulcanizers, precision machine tools and industrial robots, and listened to director Wu's report on the company's development. In the robot exhibition workshop, the leaders of the research team showed strong interest in the RV reducer, the core component of the robot independently developed by our company, and affirmed our company’s achievements in the field of intelligent manufacturing, as well as believed that this will further promote the development of the Shan Chao Jie metropolitan area. Relevant government departments will take relevant measures to promote the layout and implementation of major industrial projects. As a leading local enterprise, Greatoo should seize the opportunity, accelerate the pace of development, and play a leverage role in promoting regional economic development. 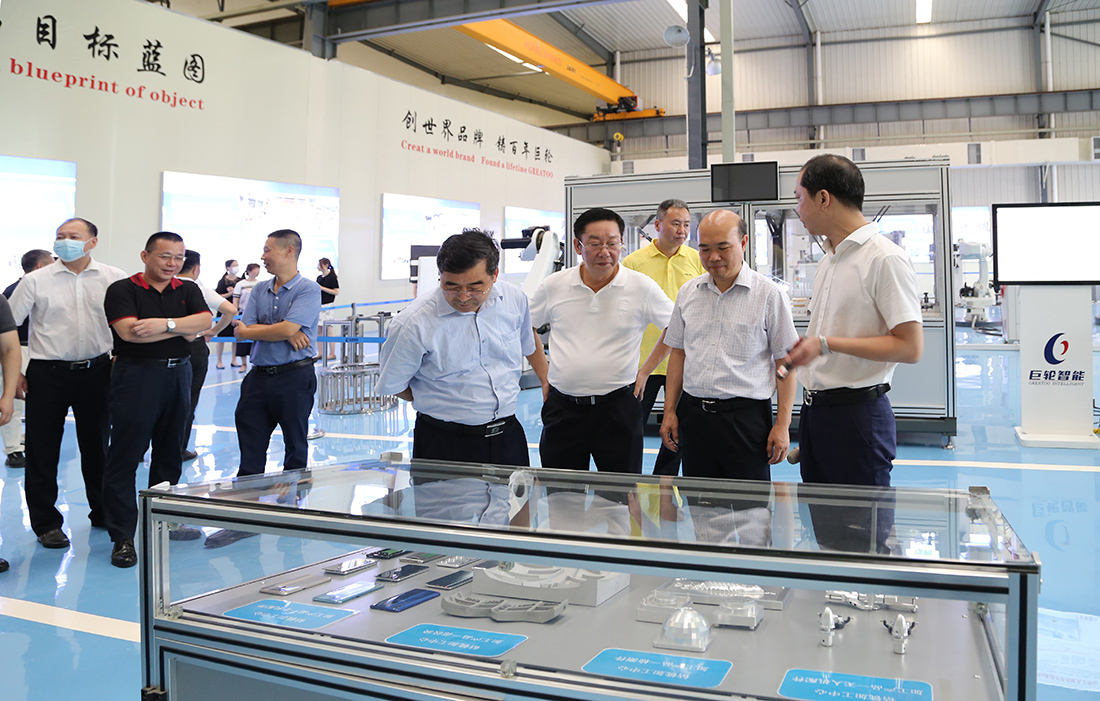