Createtime：2019-11-06
On November 6th, Yang Yajun, secretary of the Gangnan District Party Committee of Guigang City, Guangxi, led a team to investigate in Guangzhou. During the visit, he visited Greatoo (Guangzhou) Robots and Intelligent Manufacturing Co.,Ltd. (hereinafter referred to as "Greatoo (Guangzhou)") to investigate and conduct a discussion, as well as visit the accelerator of the technology enterprise in the park where Greatoo (Guangzhou) is located. They were warmly received by the general manager of our company, Yang Yujun, and the deputy director of Wu Fan.
Accompanied by general manager Yang, secretary Yang and his team learned about the investment and effectiveness of Greatoo in the industrial robot and intelligent equipment sector, as well as listened to general manager Yang's introduction to the development of Greatoo. Greatoo started from the automobile radial tire mold, and it is also the first listed company in the field in China. After continuous cultivation, it focuses on the development of industrial robots and smart equipment and continues to evolve. Greatoo (Guangzhou), which has been established for five years, has consistently implemented the original goal, step by step, accumulated over time, and devoted itself to research and breakthrough in this field. At present, it has good application and achievements in auto parts, 3C electronics, bathroom hardware and other industries.
Mr. Yang expressed his appreciation for the company's achievements, and then used the perspective of regional development and talent introduction as the starting point to introduce the current geometric position of Gangnan District in Guangxi, as well as its development advantage, as a pivot point for ASEAN, the Maritime Silk Route area, and the central and southern southwestern regions of China. And as we can see, the two sides held talks on related industries and technologies, and deeply exchanged views on the deployment of government and enterprises in regional development, the advantages of industry and resources, the promotion of industry-university-research cooperation, and the cultivation of innovation capabilities.


In the future, the company will combine the current industrial structure upgrade opportunities in China, relying on the core technology advantages of robots, vigorously expand the development space of the robot industry, and develop in the field of intelligent manufacturing to promote the sustained, healthy and rapid development of the robot industry. 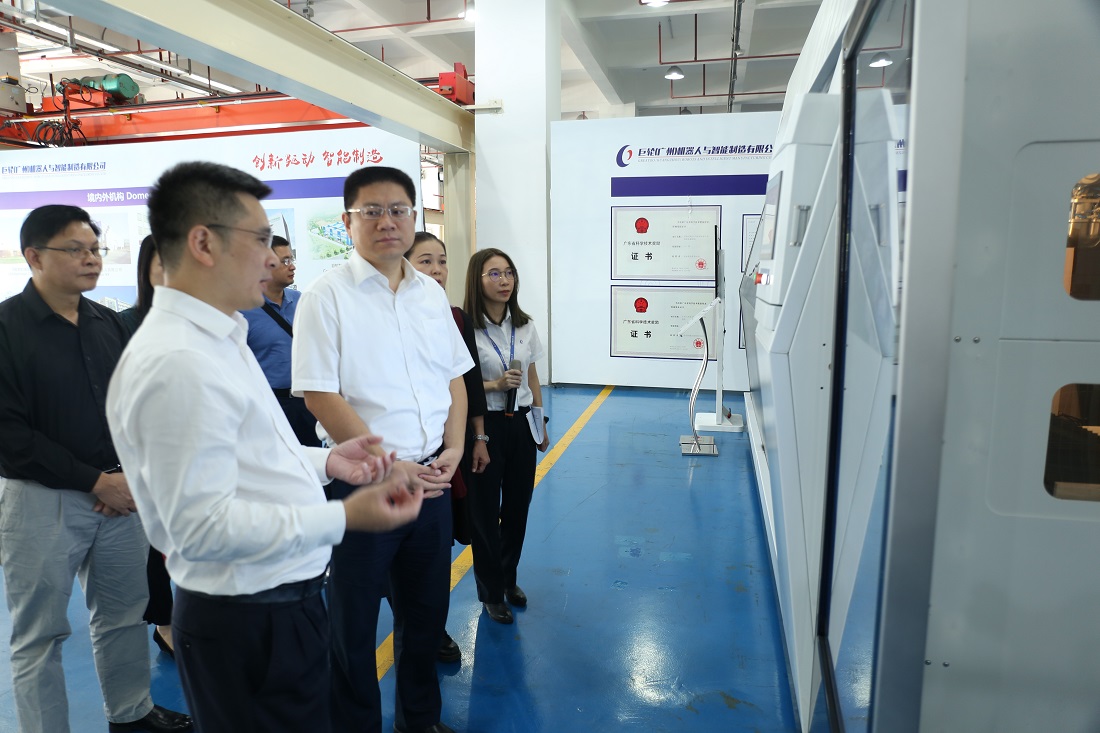